Nanna Lysholt Hansen – Dear Mary (Memories of the Future) Logbook, 2015, artist book, edition of 300, published in connection with the exhibition Cameraless Photography at Fotografisk Center, DK), research material and own artworks from the project Dear Mary (2012-2015) based on the life and works of Danish photographer Mary Willumsen (1884-1961), Copenhagen: Forlaget Fotografisk Center, 2015, ISBN: 978-87-90362-61-4 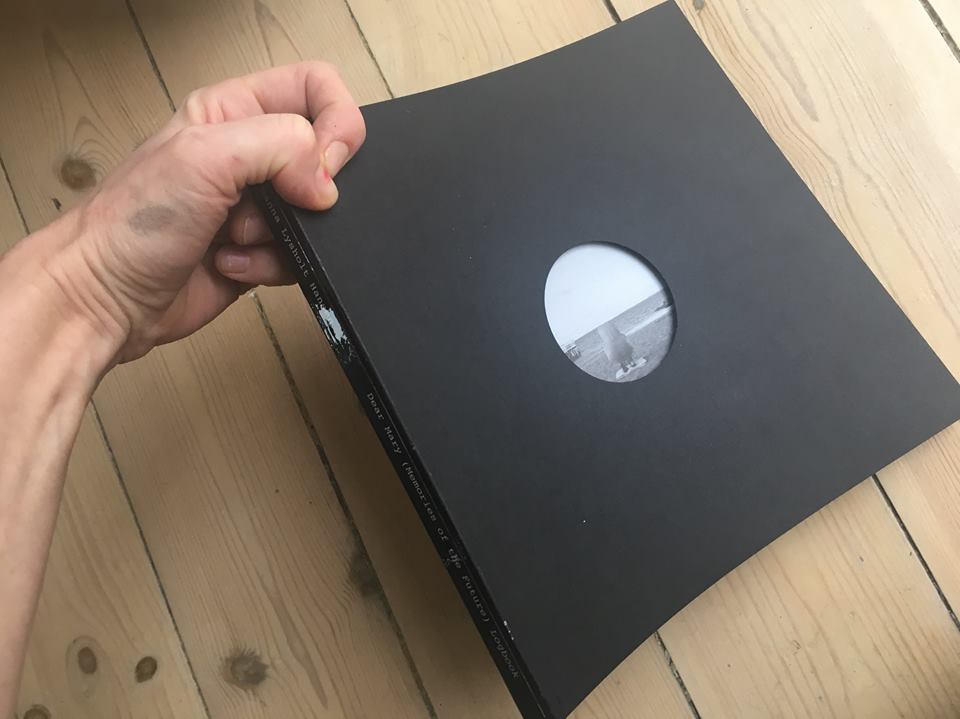 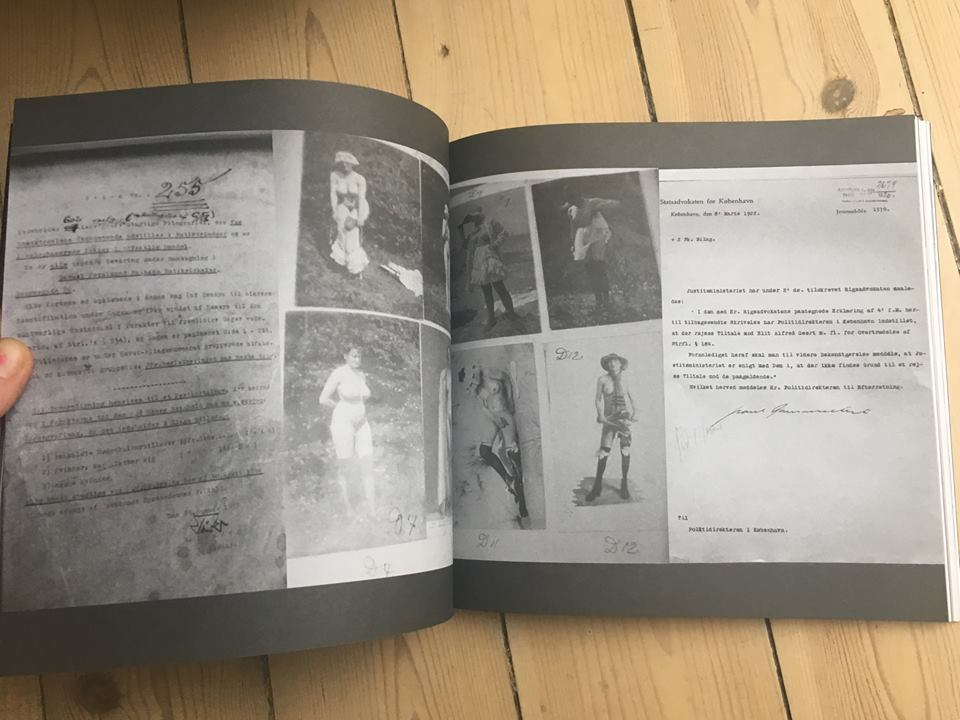 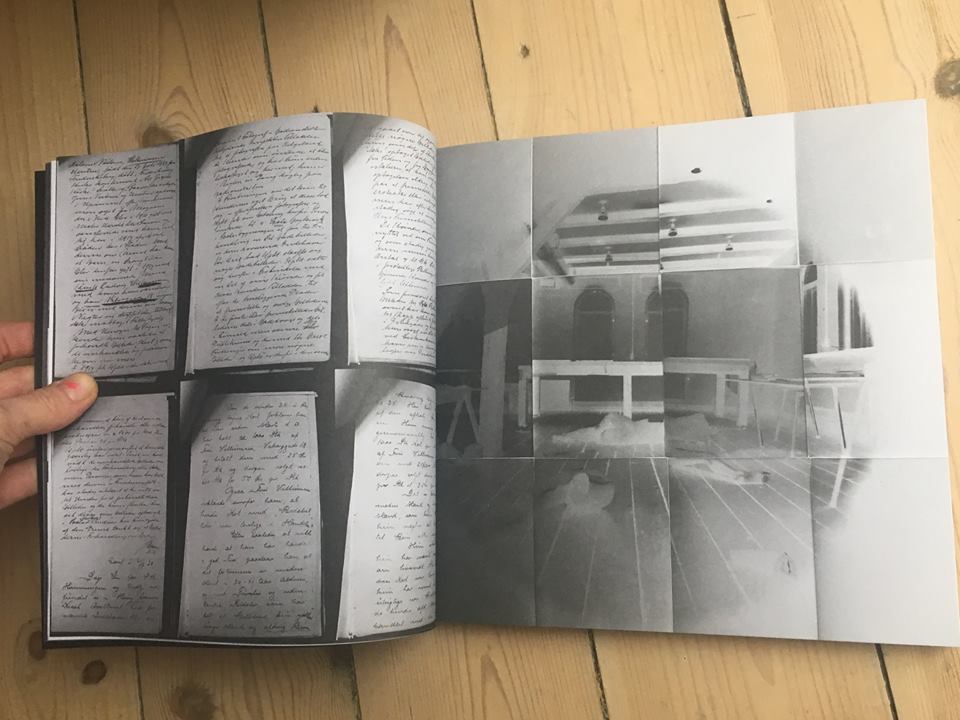 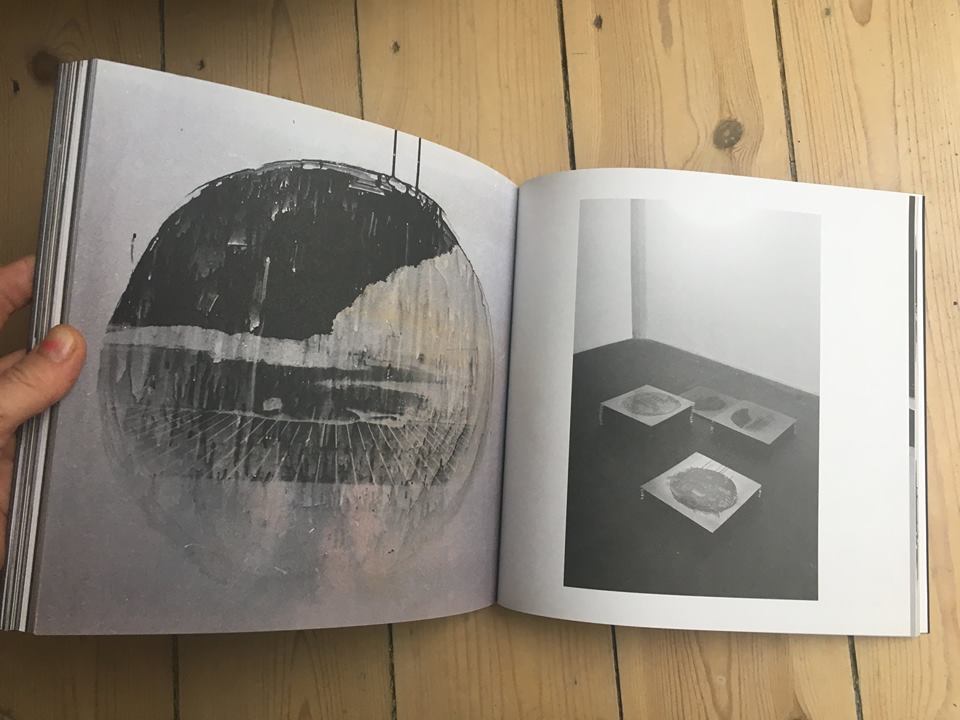 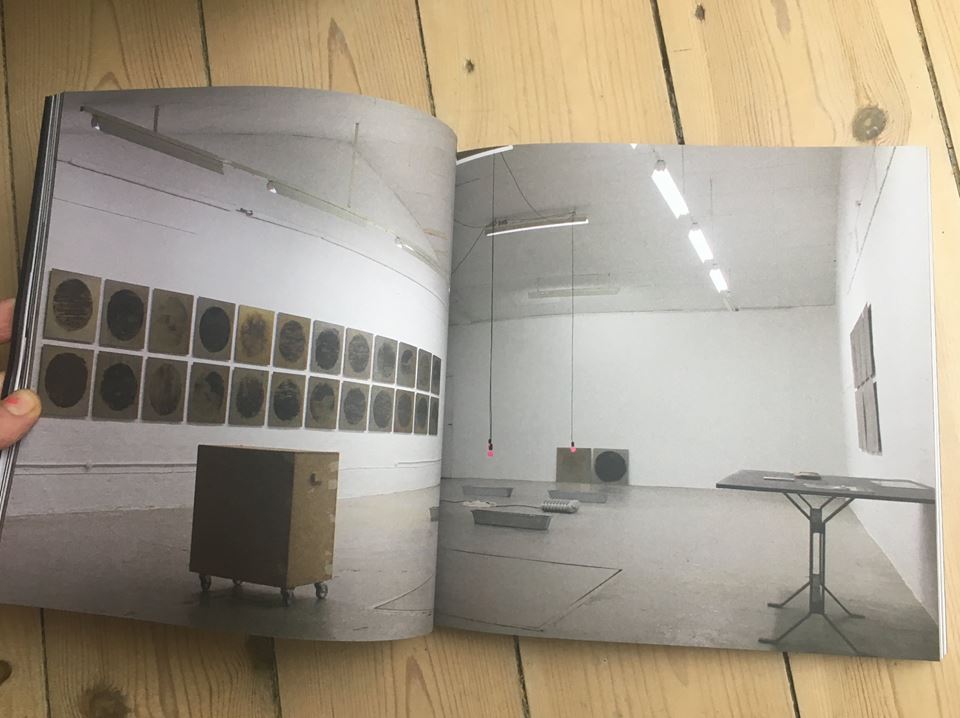 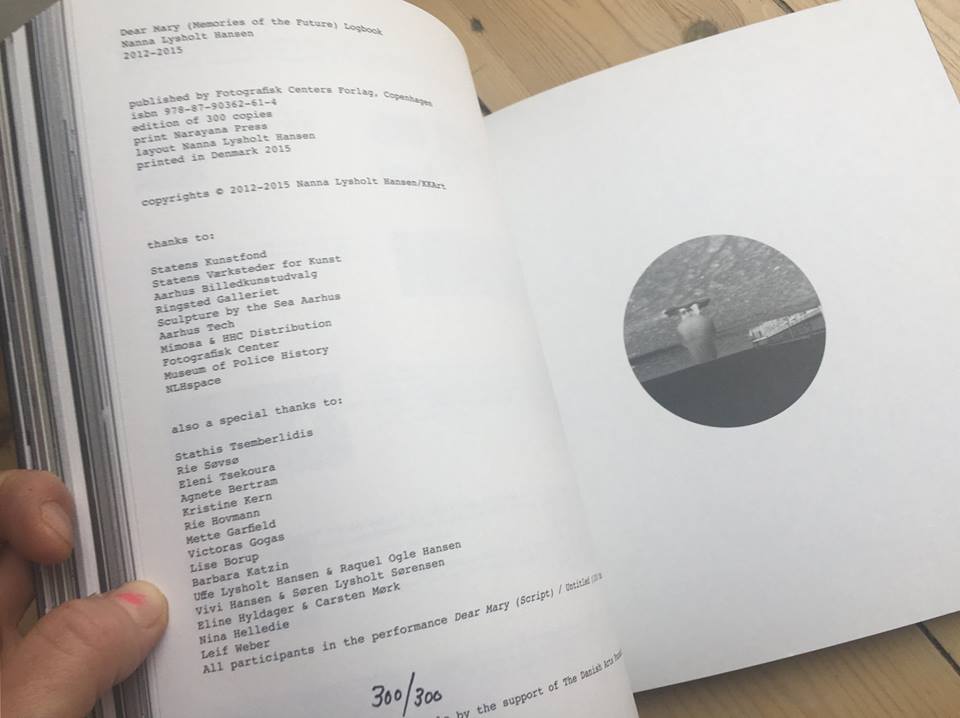 A total of 24 pinhole camera photos from the series are shown at the Ringsted Gallery, and in addition several smaller works as well as a completely new recording that was created in connection with an opening performance last weekend. Here, the entire gallery was first transformed into a photo studio, where Lysholt Hansen performed in front of the audience as a Willumsen model for approximately 30 minutes in front of a primitive pinhole camera. After this, the entire gallery space was darkened, and Lysholt Hansen evoked the image in the dim glow of four red darkroom lamps. The whole elaborate ritual surrounding the recording and development of the image – the slowness of the analogue world – thus became the primary event.